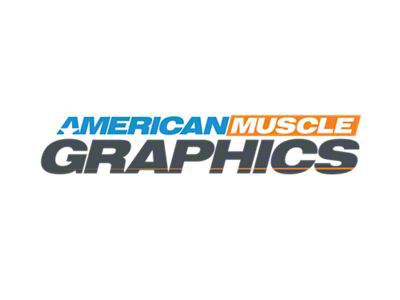 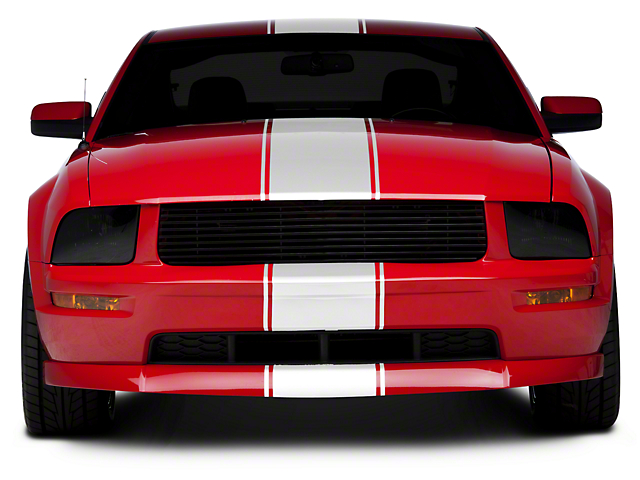 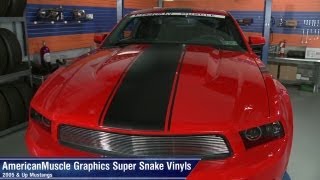 Hey I’m Justin with AmericanMuscle.com and I’m taking a closer look at our AmericanMuscle graphics super snake style vinyl kit fitting all 2005 and newer Mustangs. There’s no denying that the Shelby GT500 super snakes were the baddest of the bad as far as production Mustangs go. Even though they’ve undergone changes over the years, one thing has remained the same, those telltale stripes down the middle. Our AmericanMuscle graphics packaged is inspired from the later generation super snakes, and are available in your choice of either white, black, matte black, or silver. Of course, all of our AmericanMuscle graphics are constructed using only the highest quality premium cast vinyl, which will last for several years on your ride without fading or peeling. Since we test fit on our fleet of cars first, you can expect a perfect fit on your ride. Before getting started with the install, you’ll want to make sure you have a spray bottle filled with a soap and water mixture, the included squeegee, and a razor or exacto-knife. Whenever you tackle a large vinyl project such as this, it’s going to take a little bit of time, so if you follow the detailed instructions, and exercise a good amount of patience, you should be wrapped up in about 6 hours. So if you’re looking to add a little bit of that Shelby super snake flare to your Mustang, then be sure to check out a set of our AmericanMuscle graphics vinyl today.

Perfect Fit Guaranteed. AmericanMuscle Graphics vinyl designs have been test fit, refined, and tested again on our very own fleet of vehicles to assure a perfect fit every time.

Superior Quality Materials. AmericanMuscle Graphics uses only the highest quality Premium Cast Vinyl available on the market today - designed to last at least 8 years of harsh outdoor weather. It's far more durable than our competitors' cheap, calendared vinyl film which starts to degrade in just a couple of years!

4.8 out of 5 overall rating from 9 customers

Is this the same kit used on the 2011 DUB Edition ? I have a DUB and need new strips

How long are each sections?

Enough for a GT/CS Spoiler? Is there enough material to go over a GT/CS spoiler?

Helpful (0) Thanks for your input! Show 1 more answer

Can I get one in yellow? Hey good ole American Muscle! can you get me one of these in yellow??? thanks! :)

Helpful (0) Thanks for your input! Show 2 more answers
Post Your Question