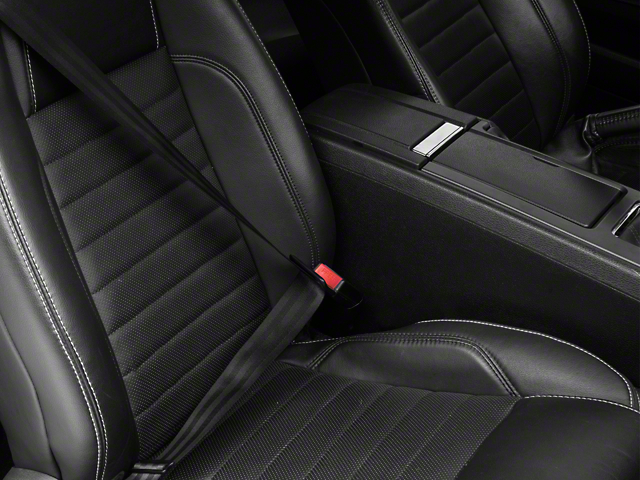 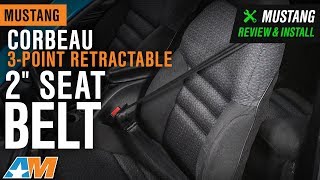 Ideal Replacement. Over time your Mustangs seat belts can become worn or damaged due to excessive wear and sun exposure making them weak and unsafe. A Corbeau 3-Point Retractable Seat Belt is the ideal replacement for those who want to replace their old worn out OEM factory belt, while still maintaining the factory look, fit, feel and function. This Corbeau seat belt is a 3-point design in that it features a lap belt and a single over the shoulder strap.

Bolt-In Installation. Designed for a universal bolt-in installation this Corbeau 3-Point Retractable Seat Belt can be installed with different mounting and adjusting options to fit any year or model of Ford Mustang from 1979 to 2021.

Application. This Corbeau 3-Point Retractable Seat Belt Harness can be used on either the driver or passenger side in any 1979 to 2021 Mustang, including the LX, V6, GT, Bullitt, Mach 1, SVT Cobra, BOSS, Shelby GT500 and Shelby GT350 models. Sold individually.

Please Note. Corbeau recommends this Seat Belt Harness to be used for off-road use only. In most cases, Corbeau belts meet and exceed FMVSS standards, but they are not technically approved by the Federal Motor Vehicle Safety Standards (FMVSS).