Find Exhaust Systems for your Challenger 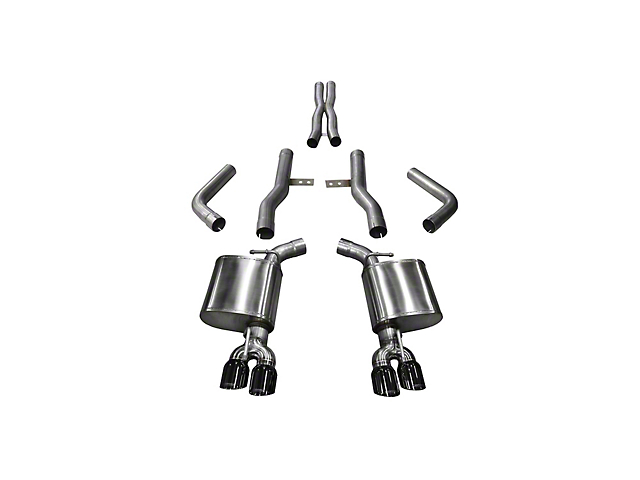 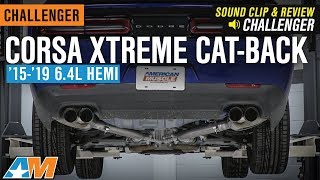 Aggressively Loud With a Touch of Rasp. Make your Dodge Challenger sound like an exotic race car with the Corsa Xtreme Cat-Back Exhaust featuring Twin Black Tips. This aftermarket upgrade consists of an x-pipe that gives the exhaust a bit of a higher tone with a touch of rasp. In terms of volume, this is one of the loudest-sounding exhausts in the market, but don’t worry about waking the neighbors. This Cat-back exhaust sports Corsa’s proprietary Reflective Sound Cancellation technology that guarantees absolutely no drone noise on cruise speeds.

Improved Gains. With the Corsa Xtreme Cat-Back Exhaust on your Dodge Challenger, you can expect at least 9% of increase in airflow. This means better engine breathability with some torque and horsepower gains.

High-Grade Stainless Steel. The Corsa Xtreme Cat-Back Exhaust features an all-stainless steel construction. The pipes are made with 304-grade while the mufflers use a 403-grade stainless steel. The bends on the pipes are mandrel-formed instead of the cheaper crush bends to ensure a wrinkle-free surface for free-flowing gases and air.

Hassle-Free Installation. You can install the Corsa Xtreme Cat-Back Exhaust with Twin Black Tips without hiring a professional mechanic. Since you’ll be using factory-mounting points, there’s no need to drill, weld, or cut anything. All you really need are a few jack stands and some basic tools.

Limited Lifetime Warranty Policy. The manufacturer warranties the Corsa Xtreme Cat-Back Exhaust with Twin Black Tips against material and workmanship defects as long as you own the vehicle the system is installed in and you have the proof of purchase. However, the warranty will be deemed void for exhaust systems with damage caused by installation, neglect, and unauthorized modifications.