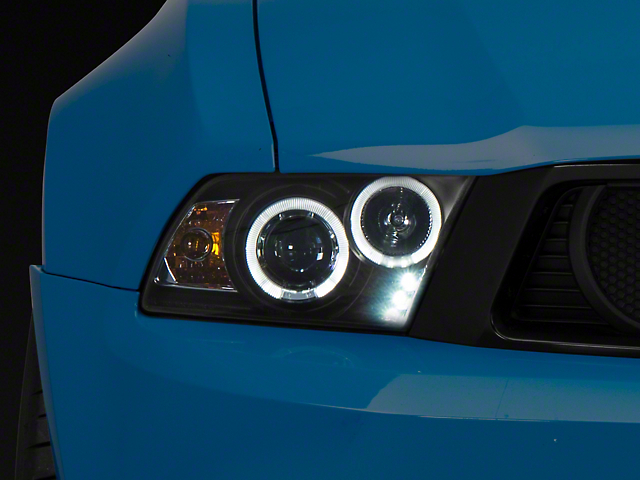 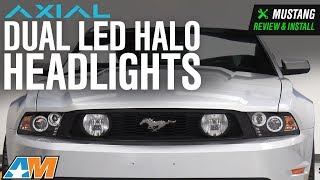 Superior Lighting. The projector lenses found in these headlights light up the road ahead with a bright focused beam of light that not only looks great, but improves your night visibility. The integrated halo's and LED accent lighting will give your Pony a sexy exotic flair that separates it from the boring herd of look-a-likes.

Bulb Application. These Axial Projector Headlights include (4) H1 bulbs and (2) amber signal bulbs as well as quick wire connectors for a straight forward and complete installation.

Application. These Axial Black Mustang Dual Halo Projector Headlights are designed to fit 2010 to 2012 V6 and GT model Mustangs that are not equipped with the factory HID lighting. Does not fit Shelby GT500 Mustangs.

Technical Note. These Headlights are not intended for use with vehicles equipped with Daytime Running Lights or Factory HID Kits.

Are these under any type of warranty? I purchased mine here from AM and the lenses are peeling. They need to be replaced. Was wondering if there was any warranty with them.

Whether or not I find a useable set of LED H1 bulbs versus Halogen bulbs, how do the high-beams work? If it simply switches from one H1 to another, it will provide Italy the same amount of light, so they come on together, right?

What is required to swap out the halogen bulbs for LED bulbs? I noticed that these headlights split the H13 connector into two separate H1 connectors, and that there isn't enough space in the housing to accommodate a heat sink, yet there are reviews mentioning it was possible?

I noticed that mine are aimed too high, how do I adjust these headlights, and will it require taking the bumper cover off?

Can I just purchase these install them on my mustang ? With the factory light's or do I need to buy another bulb for these to work at their finest ? 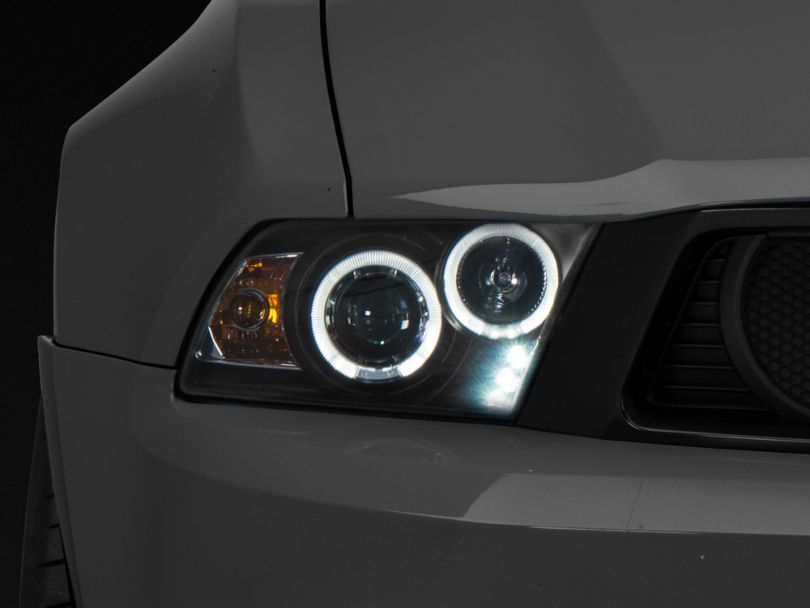