How to Prepare Your Mustang for a Car Show

Preparing for a car show means keeping your Mustang in great shape. Washing, waxing and cleaning are a must for most car shows and an absolute necessity if you pan on taking home a trophy. AmericanMuscle only carries top of the line maintenance products for your Ford Mustang.

Car shows are a great way to expand your Mustang knowledge. Show cars range from being mildly modded to having a complete, professional rebuild. Every Stang has a story. 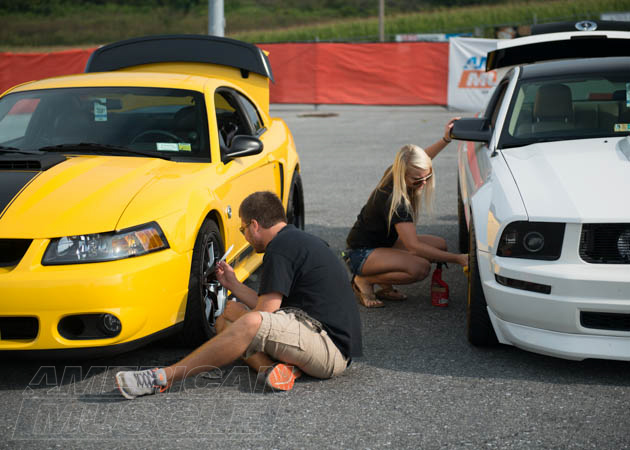 Benefits Of Attending A Show

A car show gives you the opportunity to ask other guys some questions you may have about a certain setup and allows you to see different mods in person before choosing to do them to your own Mustang. What’s unique is that while all the cars at a show may be the same model, there will never be two identical cars. Everyone has a different opinion and has chosen their modifications to fit their vision. If you are getting ready to attend a car show these are a few things you may want to consider if you’re looking to take home a trophy.

Make sure you do the following before attending a show or event:

Judges count cleanliness. When entering your car into a show it is extremely important to take the time to make sure it’s as clean as possible. Nobody wants to look at a dirty car when the guy next to him spent a whole day detailing. Cleanliness goes a long way in a car show—it shows dedication to maintaining a flawless overall appearance which essentially is what a show is all about.

To clean your car for a show I would highly suggest using a quality wax after a good wash. Not only will a wax add a noticeable shine but it will help keep debris off of the surface of the car. This will allow for an easy wipe down when you arrive at the show, keeping your time spent cleaning your Mustang to a minimum. I would also highly recommend investing in a quick detail spray wax. It does not deliver the same characteristics of a carnauba wax, but it will assist with detailing on-the-go. Since you will be showing off what’s under the hood it is extremely important to give the engine a good detail as well. Use a degreaser to wash off any residue or debris, and you can even consider applying a silicone-free engine dressing to make it shine. 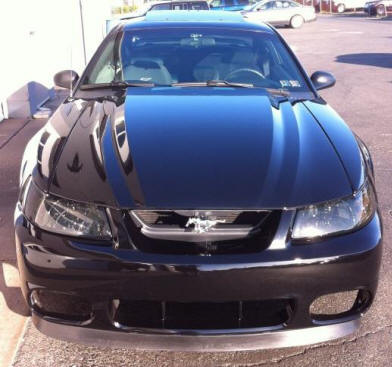 Most car shows are for all makes and models of cars and trucks. The way a traditional car will be classified is first by splitting up the automobiles by years or into eras. It depends if the show is big enough to have to break the cars into classes but for the most part this is how a usual show will classify a car.

In a Mustang or other model specific car show the cars will most likely be broken down into body styles. For example, SN95 Mustangs will only compete against other SN95 body style Mustangs. There will also most likely be a stock and modified class for each body style so a pristine, bone stock 93’ Cobra wouldn’t be competing with somebody’s tubed and caged fox body drag car.

Model specific shows may be a little bit harder to go home with a trophy because there are so many cars just like yours. This is where it is important to truly make your car stand out from the rest of the bunch. 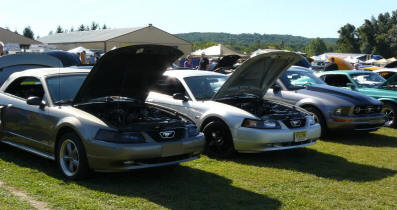 While everyone has different taste and opinions in what they think a Mustang should look like in order to be of show quality, there are a few mods that just look like they should have been there to begin with and are accepted by almost all Mustang enthusiasts.

One modification that I personally believe that completely changes the cars appearance would be installing lowering springs. The ride height these cars have from the factory is very close to that of a 4x4 SUV. Lowering the car won’t only approve the appearance but it will improve the handling as well since you are lowering the center of gravity. Another mod to consider would be a shorty antenna. Unless you are trying to reach outer space then I would suggest installing a small, sleek, shorty antenna to give the car a cleaner look.

Rear bumper inserts and blackout or honeycomb panels are great items to change up the rear of the car. The bumper inserts make the already existing ‘Mustang’ or ‘Cobra’ lettering stand out and the trunk lid panels give the back of the car that retro muscle car look that won’t go unnoticed. 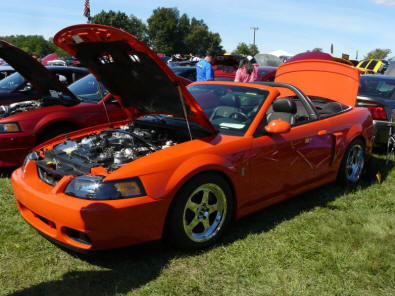 Preparing For a Specific Class

While it can vary from each event, most events make a few extra separations. These classes can include stock, street, modified, etc. The stock class is as it sounds, the best stock vehicle in the event. While there can be an overall winner in the classes, they can also be broken down by make/model. The street class can have modified cars in the running; they are mainly aimed at slightly modified cars that like to cruise and enjoy the wind in their faces.

The primary requirement for most shows is that the vehicle meet street requirements for legal driving. The modified class has no limits: the car can be modified in any way shape or form. Judging can be based on uniqueness of changes, creativeness, and effectiveness. In some shows, there is also a gold class: basically a car that is only used for shows. These cars are 100% show cars and do not get driven on the street, if hardly at all.