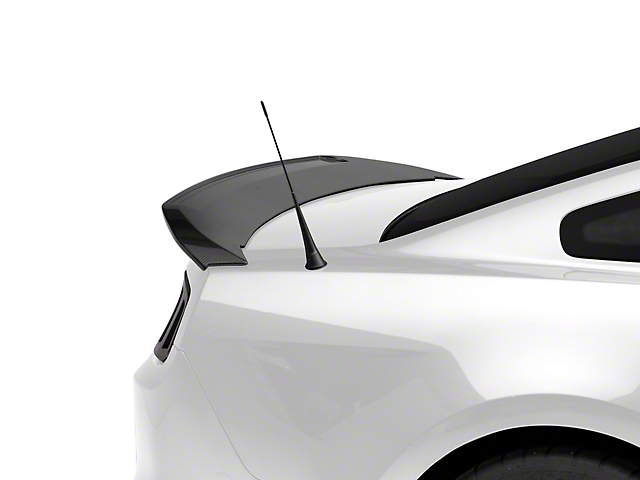 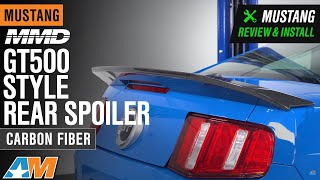 Shelby GT500 Style Spoiler. Add the sleek aerodynamic styling of the Shelby GT500 to your every own Pony with a MMD GT500 Style Rear Wing Spoiler. This great looking Rear Spoiler, which is made of genuine carbon fiber, will complement the streamlined profile of your S197 Mustang perfectly.

High Quality Carbon Fiber Construction. Manufactured from 100% real carbon fiber, this Modern Muscle Design GT500 Style Rear Deck Lid Spoiler was designed using the original OEM CAD data from Ford to ensure a perfect fit. The carbon fiber is vacuumed infused with resin, for superior strength and a superb show quality finish that is ready to install straight out of the box.

Covers Factory Holes. This MMD Rear Spoiler covers the existing holes left in the trunk lid by the stock wing and does not block the view of factory third brake light. The wing installs easily with a combination of hardware and 3M automotive bonding tape (included). Please note: California Special GT or GT Premium owners will find the holes left from the factory spoiler will not line up perfectly for installation of this GT500 Spoiler.