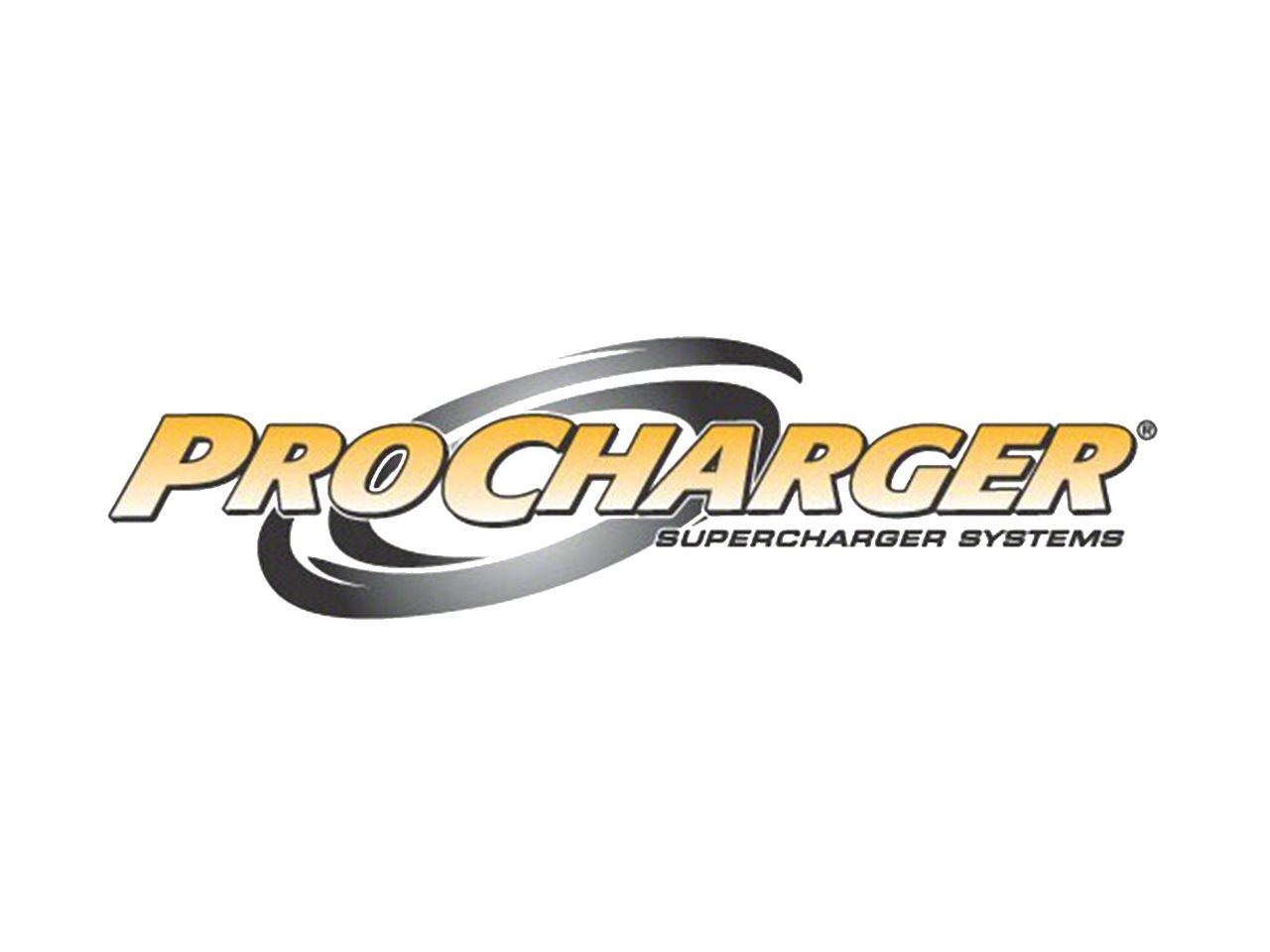 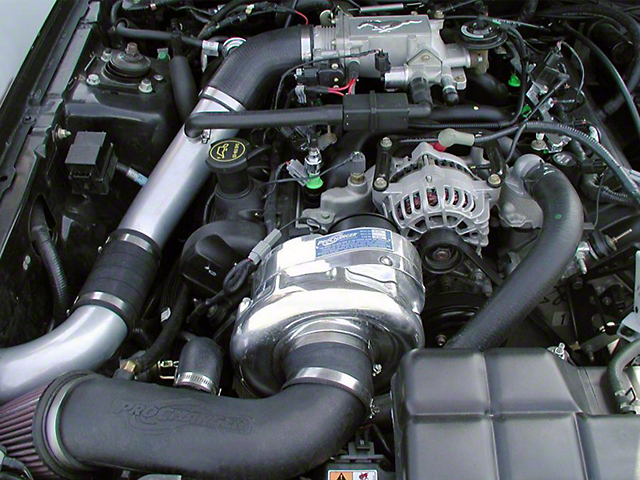 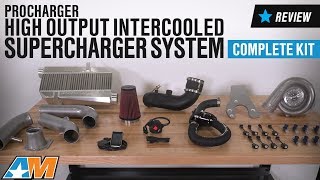 More Horsepower! The stock GT Mustang came with a decent 260 Horsepower and 302 lb/ft of Torque from the factory, but after installation a ProCharger-equipped 4.6L GT Mustang can make 55-60% more horsepower at the flywheel. Thanks to the industry's coolest charge air temperatures, the unmatched power gains are delivered with maximum reliability and everyday drivability.

Application. This ProCharger High Output Intercooled Supercharger System is specifically designed for use on the 1999 to 2004 GT and Bullitt Mustangs equipped with the 2 valve 4.6L modular engine.

Technical Note. This Complete Supercharger Kit is designed to be used on stock applications, as Procharger will only provide a tune for the stock motor with stock exhaust or most aftermarket axle-back and cat-back exhaust systems. If your vehicle is no longer stock and has been upgraded with an aftermarket throttle body, cold air intake, headers, off-road mid-pipe, etc..., Procharger will not be able to provide a tune for your modifications. For modified vehicles, it would be best to purchase a Tuner Supercharger Kit so you can have a local Dyno Shop custom tune your vehicle with your aftermarket upgrades.

Please Note. Procharger Supercharger Systems are built to order for our customers and accordingly, we require you to submit additional information about your vehicle using this form. Because of this there is a 14 day lead time on orders once your information is received.

Once the Customer Information Form is filled out, please email it to support@americanmuscle.com with your Order Number in the Subject line, so the order can be processed.

3.8 out of 5 overall rating from 4 customers

Can you do this? Can you install this on an automatic without hurting your transmission?

Helpful (6) Thanks for your input!

What if I have an off road x pipe and gears? do i need the upgraded kit?

What exactly is the "tuner kit" What do you mean by tuner kit. Is it an option you purchase......or is it that form u fill out so they can program the chip that comes with kit

Will this work on a 2004 Crown Vic just asking 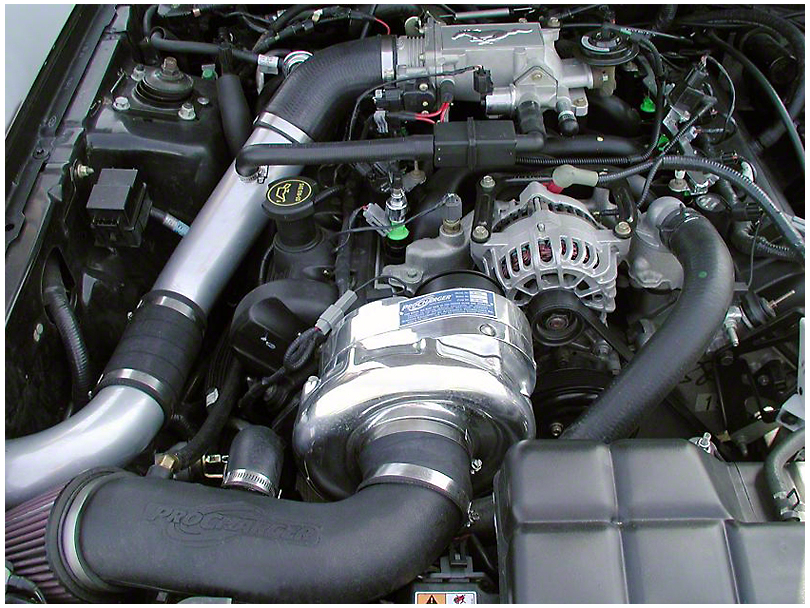