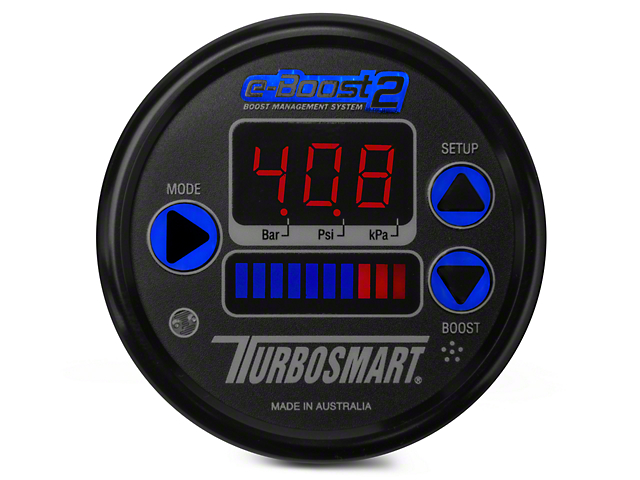 FREE Shipping
In Stock
Sorry, please enter a valid US or CA postal code
We're sorry, zip can't be updated at this time.
Choose options to add to cart.
Add to Cart
Close X
Enter Your Email to Save Products.
In Stock
View Open Box Items
Save for later
Create a list
Add to New List

Ultimate Turbo Control. This Black 60mm Turbosmart e-Boost2 Boost Controller has previously won the Global Press Award at SEMA and encompasses market leading features and state of the art software, making this the ultimate boost controller for your Mustang. This electronic boost controller is one turbo accessory that both street and top-level race Mustangs owners alike can enjoy and utilize.

Quality Construction. Constructed from high quality billet aluminum, this Black e-Boost2 Controller measures 60mm in diameter and features a gauge-like appearance for a sleek addition to your Mustang's interior. The programmable display can be configured to Bar, kPa or PSI, but is not waterproof and therefore, must be mounted with the included panel mount bracket inside your Pony.

Market Leading Features. The e-Boost2 is extremely technologically advanced, but very easy and logical to use. Control, monitor, map and compensate boost, control water spray, methanol or nitrous injection, manage shift and warning lights as well as read and track your RPM. Effectively control up to 6 stages of boost up to 60 PSI and utilize the boost on demand feature with the push of a button. In addition, you can keep your motor safe from harm with the overboost shutdown feature.

4.8 out of 5 overall rating from 6 customers
Reset 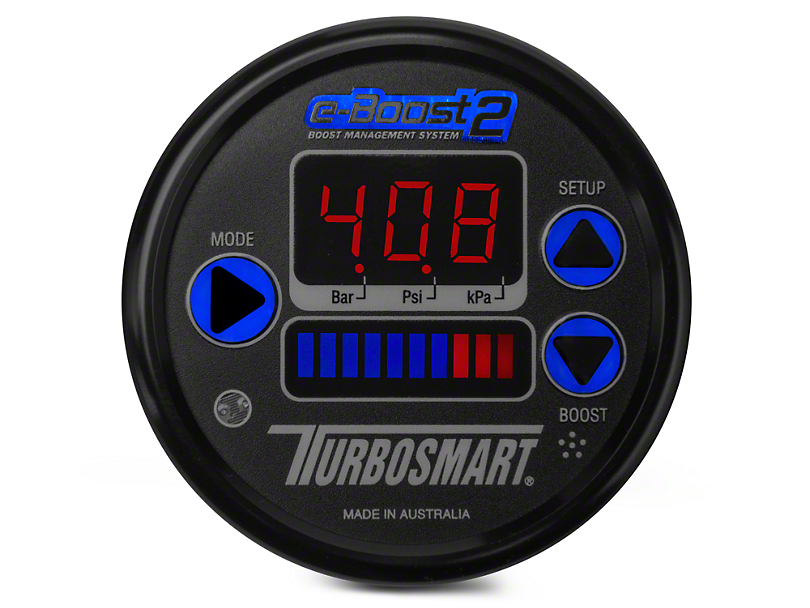