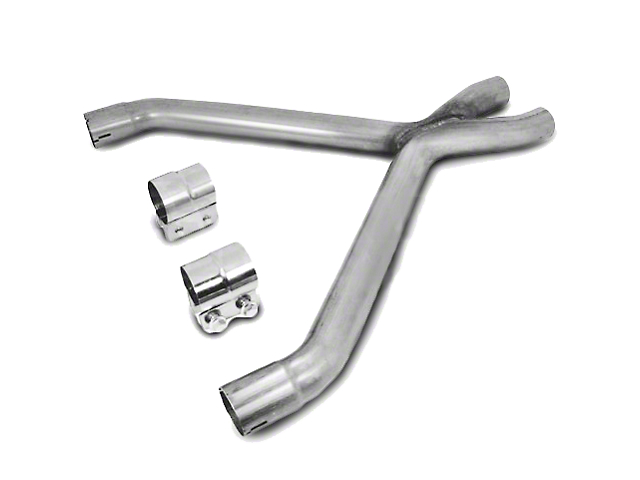 Improves Exhaust Flow. Improve your V6's exhaust flow and give it a raspier, racier sound to get it the respect it deserves with this clamp-on X-Pipe from Ford Racing. The stock catalytic converters flow pretty well, but the whole system can deliver more power and a better sound when the exhaust gas pressure is balanced by replacing your factory hybrid H-Pipe with this free-flowing, high-quality X-Pipe.

Reuses Stock Cats. The installation of the Ford Racing X-Pipe requires no welding. Simply cut your factory hybrid H-Pipe out and clamp your new X-Pipe in its place. Best of all, it reuses the factory catalytic converters saving you money.

Application. This Ford Racing Clamp On X-Pipe is a specifically designed for use on the 2011-2013+ V6 Mustangs.

Note. Stock 2011 V6 Mustangs come stock with a Mid Pipe that resembles both the H-Pipe and X-Pipe designs. This hybrid Mid Pipe was created by Ford to help add additional power and sound to the V6 straight out of the factory. This aftermarket X-Pipe will further help you reach maximum air-flow equaling additional power.

does this x pipe add hp/tq?

Hi, I have the Roush axel back exhaust on my 13 V6 Mustang Convertible. While the sound is great, there is a lot of drone / cabin noise. Will this X pipe reduce the interior noise? Jim

i have a pypes mid-muffler cat-back exhaust, will this x pipe bolt right up to it??

My question may sound silly, but is it possible to install this x-pipe on my 15 v6?

Would I have to tune my car again with this part? So I got a mustang v6 2013 with the 91 performance tune CAI and axle backs. Would I have update my tune again , if I get this product? Thanks. Javier 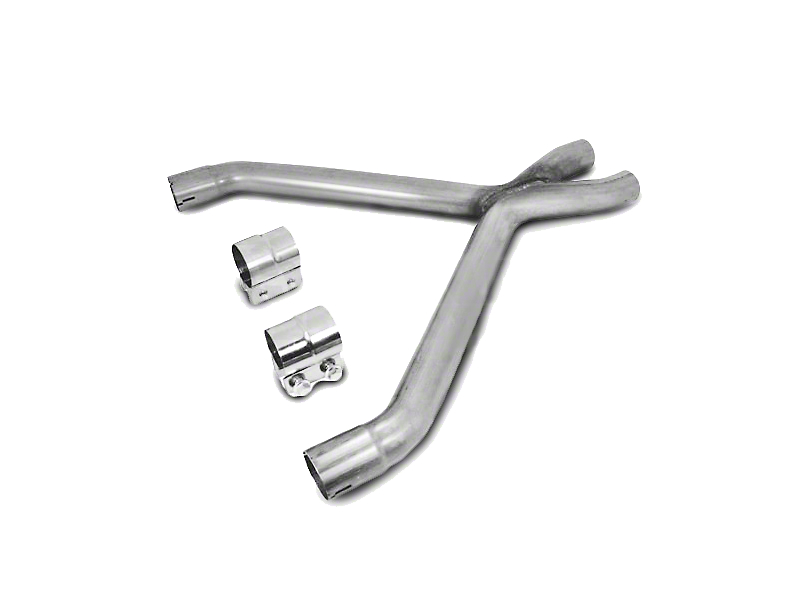