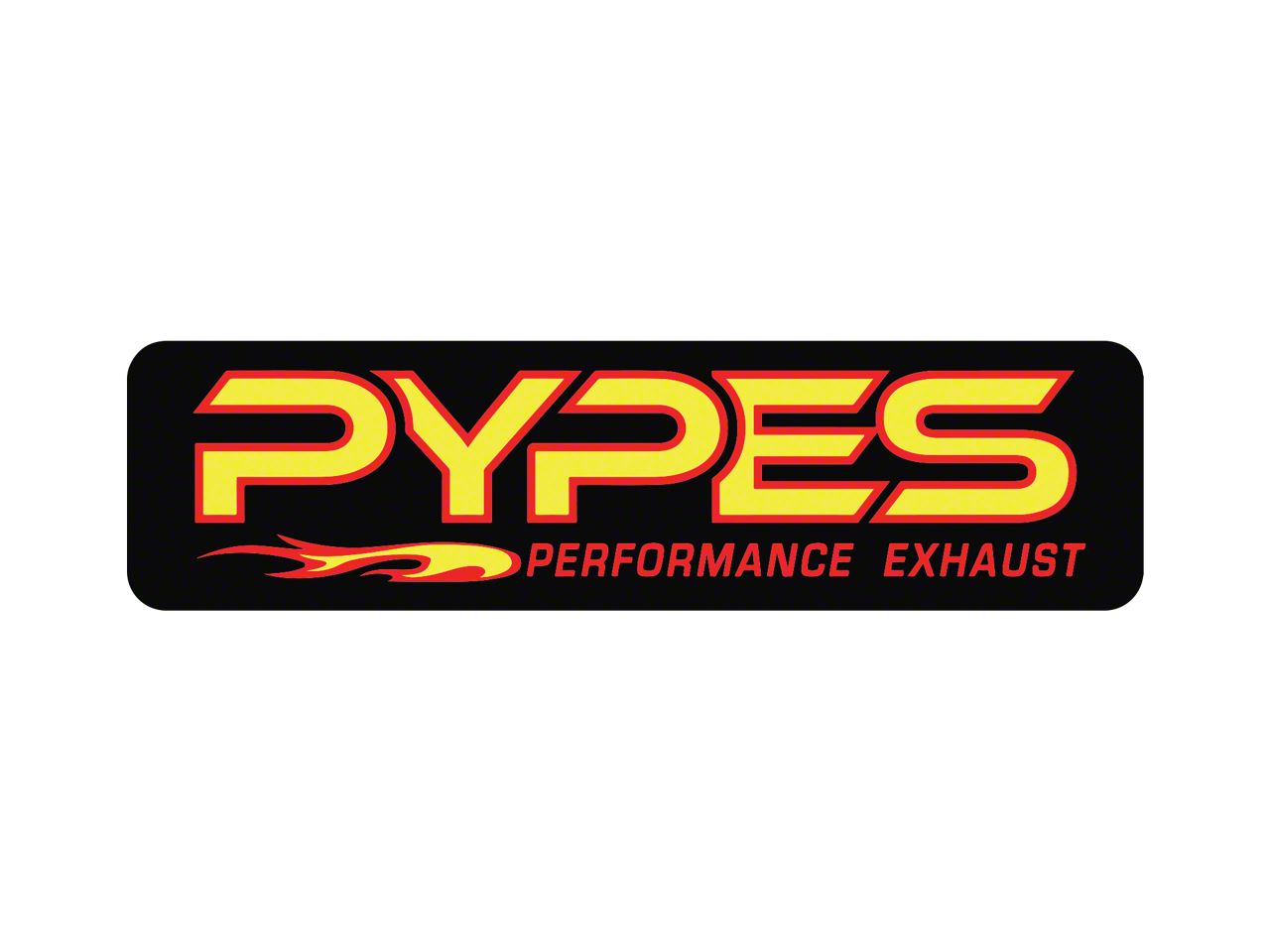 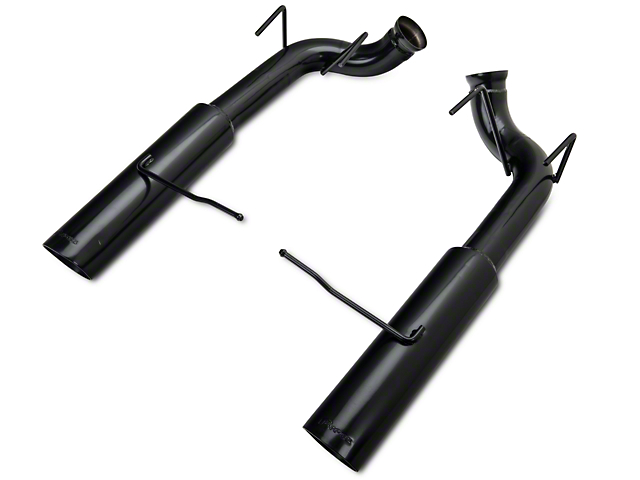 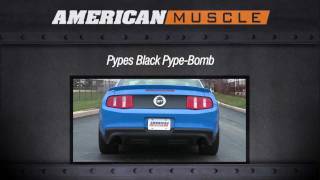 Hey everyone I’m Justin with AmericanMuscle.com and I’m taking a look at Pypes black pype-bomb axle back exhaust system for your 2011 and up Mustang GT. The pype bomb is for someone who wants to be both seen, and heard, this is due to the fact that this kit uses muffler deleting, resonator tips, which allow for a much more aggressive exhaust note. The system is constructed from free flowing, mandrel bent, 304 stainless and features two 4 inch resonator tips with a black powdercoated finish. Install is very easy and should take you about an hour using standard hand tools. Let’s hear how to pype bombs compare to the factory exhaust.

Aggressive Sound. Give your 5.0 Coyote the aggressive sound that will get it noticed on the street or at the strip with a Pypes "Pype Bomb" axle-back. This muffler delete style axleback provides the most aggressive, free-flowing exhaust possible with your factory cats still in place - delivering more power you can feel and hear.

Resonator Tips. The engineers at Pypes designed their new muffler delete exhaust system with specially engineered tips which include resonators to eliminate that loud annoying popping noise that other muffler delete kits can cause.

Application. This Black Pype-Bomb Axle-Back exhaust system is designed to fit the the 2011 to 2014 GT Mustangs for aggressive good looks and impressive sound. This axle-back is made to be a direct bolt on to the stock location without any modifications required.

Which one has the deepest sound? Pype-Bomb, SLP Loud Mouth, or MBRP Muffler Delete?

The description says that the resonator tips eliminate the popping sound. If I put these on my Boss 302 will I still get that popping sound due to the side exit exhausts?

On my mustang right now I have a muffler resonator delete. If I were to install these, would I have to delete my resonators again?

I accidentally ordered these instead of the v6 option,would these fit the v6 or is there a big difference to where it would definitely not fit.

Does this system cause any drone? 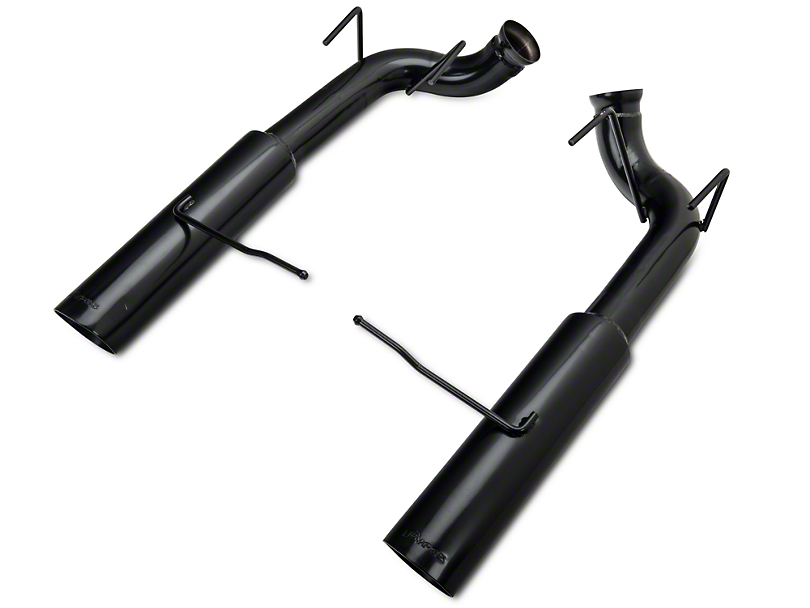