Most Popular in Mustang Axles

Don't let catastrophe happen at the track. Replace the weak point in your drivetrain and start with a new set of axles. With proven performance and durability, aftermarket axles are made from forged steel and will have you doing worry-free burnouts and hard launches for years to come.

Facts, information, and replacement suggestions for S197 Mustang axles. If you've ever worried about breaking an axle, this article will give help you understand the pitfalls of your stock axles and help you decide if an upgrade is right for you. 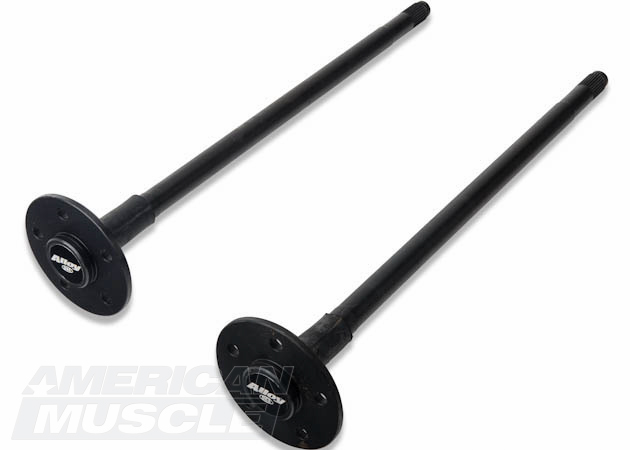 What do Mustang Axles Do?

Axles (or half shafts for independent rear suspension applications) are the components that transmit the power from the differential to the wheels themselves. The axles spin with the differential, which in turn spins the wheels, which propel the vehicle.

Axles have teeth that are used to move the vehicle, the number of teeth can affect the strength of the axles. For example, 2004 and older models (GT) came with 28 spline axles. A common problem was the axles snapping from too much stress. As a result, 2005 models (except V6) came with 31 spline axles from the factory. While a Mustang may come with 31 spline axles from the factory, they can still snap from too much power being produced from the engine. However, basic bolt-on modifications will work with stock 31 spline (and 28) axles fine.

The more splines, the larger the axle which increases its strength. Stock axles are adequate for daily-driving and slight horsepower modifications, but if you plan to push more than 500 rear wheel horsepower, you should look into aftermarket replacements. The live axle rear ends on 2005-2014 S197 Mustangs came from the factory with upgraded axles in comparison to their earlier cousins. The 28 spline axles can hold up to around 400 rear wheel horsepower before breaking.

When considering which axle to buy, check if your rear differential will be compatible​, namely through spline counts. If you're aiming for a drag build, consider a set of rear axles with C-clip Eliminators. 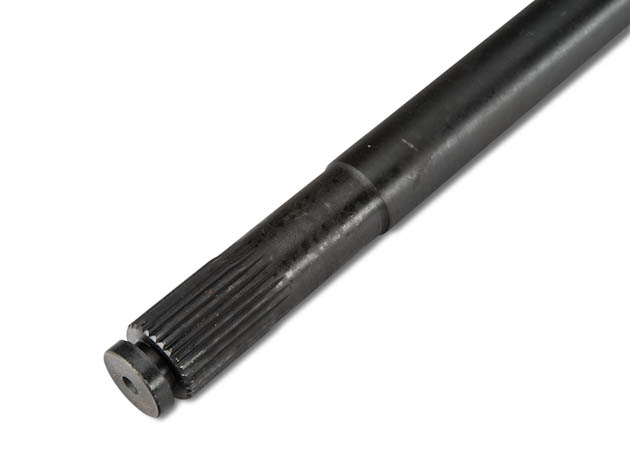 A 31 spline axle for the 8.8 differential is about 30% stronger than their 28 spline counterparts. Even though the newer 31 spline axles are stronger, they are still mass produced with minimal quality control, so they roll off the assembly line at a reduced cost. Many Ford OE axles are made of SAE 1055 or SAE 1541 hardened carbon steel. However, the hardening isn't across the entire depth, meaning the rest of the axle steel remains unhardened.

If you are going to be pushing more than 500 rear wheel horsepower and are planning to do some drag racing, you will want to strongly consider a high quality aftermarket axle set that has been built for the drag strip. Axles built to be subjected to the high torque and demanding stress loads are a must for any serious racer. 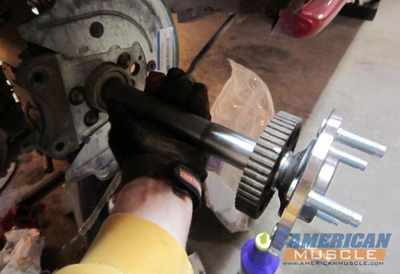 When looking at aftermarket axles for your particular Mustang, you will also want to check if your rear differential will be compatible with your upgrade. Moser, Superior, and Ford Racing are all excellent brands to choose from. You can either replace your axles with aftermarket versions that have the same amount of splines, or upgrade to an axle with more splines and a larger diameter for added performance. If you choose to use the same number of splines it is easier to install them yourself. If you are choosing to upgrade in size you will need to change the differential as well.

If you're planning on doing a lot of drag racing you should look into an aftermarket set of rear axles with a C-clip eliminator. Your factory axles are held into the rear end differential with C-clips which fit into a groove on the end of the axle. If these factory C-clips or the grooved end of the axle break, then the axle can come out of the housing tube, resulting in the whole wheel flying away from the car. NHRA rules ban C-clip axles on any Mustangs running 10.99 or quicker. The C-clip eliminator consists of a new axle bearing and a retainer plate. The plate bolts to the end of the axle housing, keeping the axle from coming out of the end of the housing in the event of a failure. Before you go dumping your clutch on the starting line at the strip, consider upgrading those axle shafts. 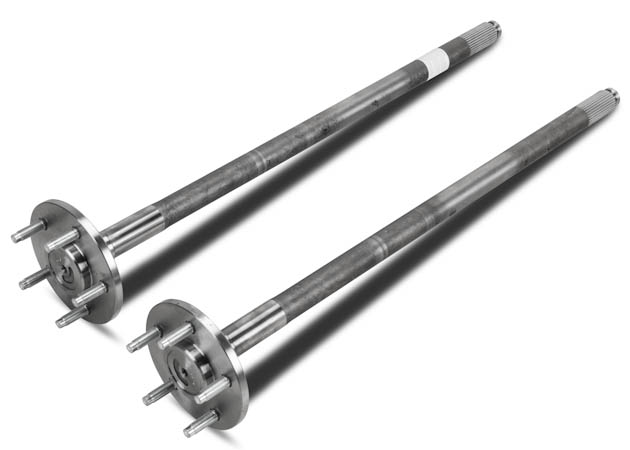