Find Turn Signals for your Challenger 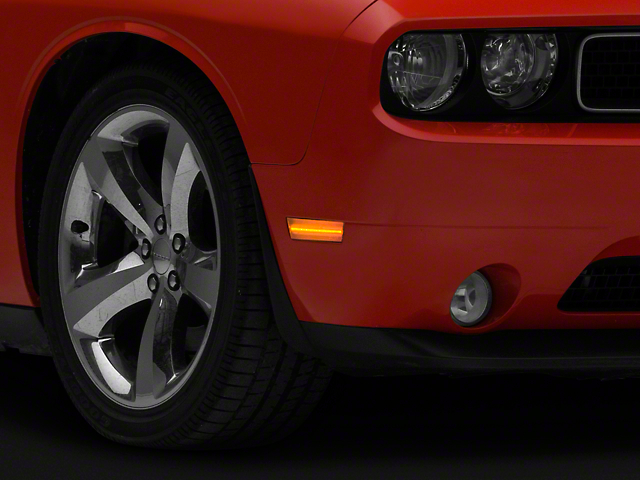 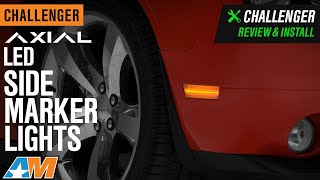 Lighting Appearance Upgrade. A simple and effective way to upgrade the exterior styling of your 2008-2014 Dodge Challenger is with a set of Axial Clear LED Side Marker Lights. These Side Marker Lights feature a razor sharp LED strip that replaces the unsightly hot spot of the factory lights. These Axial Side Marker Lights not only look great, but they are also much brighter than the weak factory incandescent lights for increased visibility day or night.

Quality Construction. Axial manufactures its Side Marker Lights with injected-molded ABS plastic housings for durability, and use clear polycarbonate lenses for exotic good looks. These Side Marker employee high output, red (rear) and amber (front) SMD LED strip lighting for super bright illumination. Axial ensures that its Side Marker Light housings are weather sealed to prevent dirt and moisture from harming the state of the art electronics found inside.

Plug-and-Play Installation. Axial designed its LED Side Marker Lights to be a direct plug and play upgrade for your Challenger's original factory lights. There is absolutely no cutting, splicing or resistors required. Just pop out the old factory side markers and disconnect the wiring harness. Plug the harness into the back of your new LED Side Markers and snap them in place of the old ones. It's that simple!

Application. These Axial Clear LED Front and Rear Side Marker Lights are designed to fit all 2008-2014 Dodge Challenger models. Includes front and rear side markers.