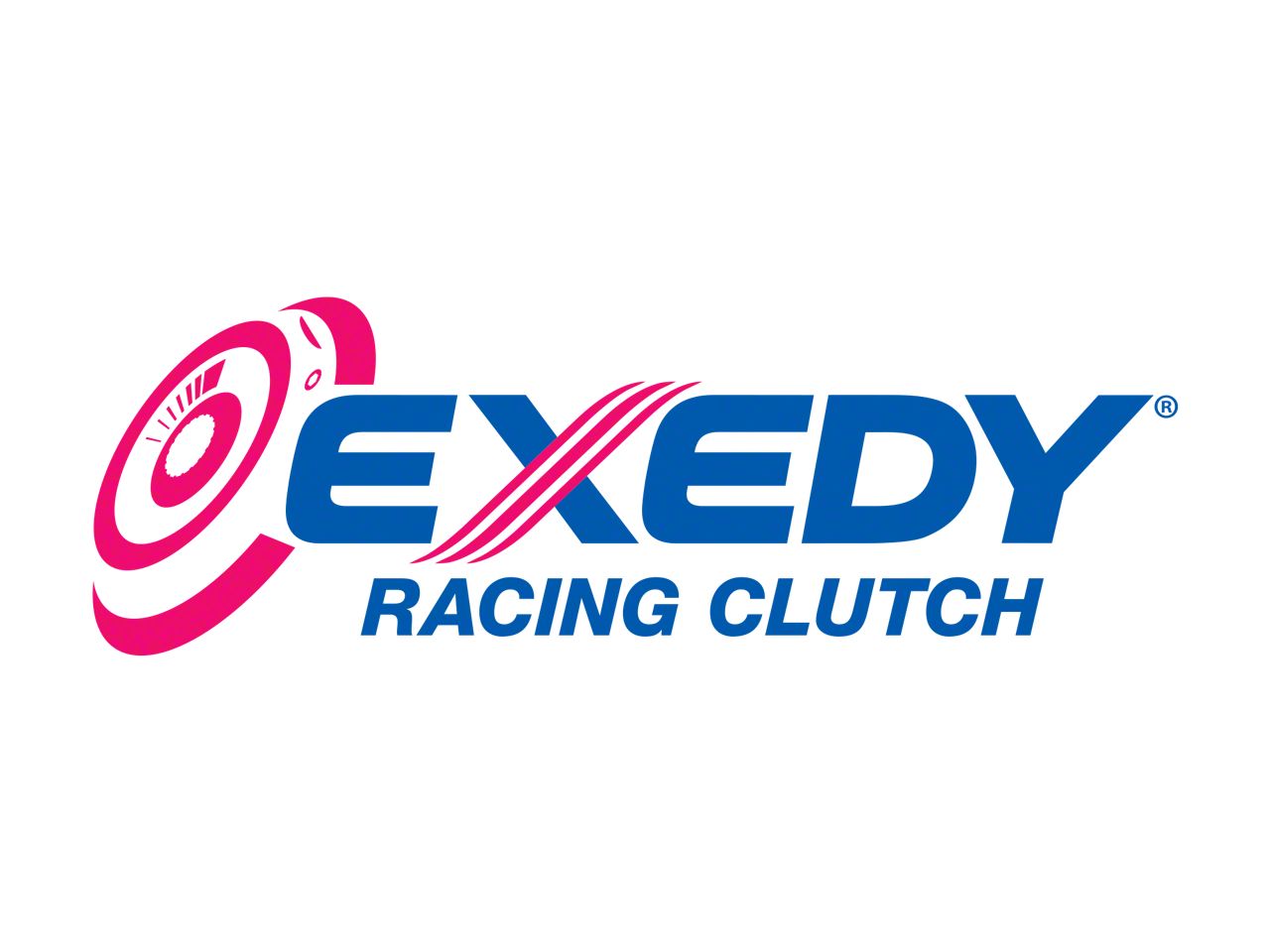 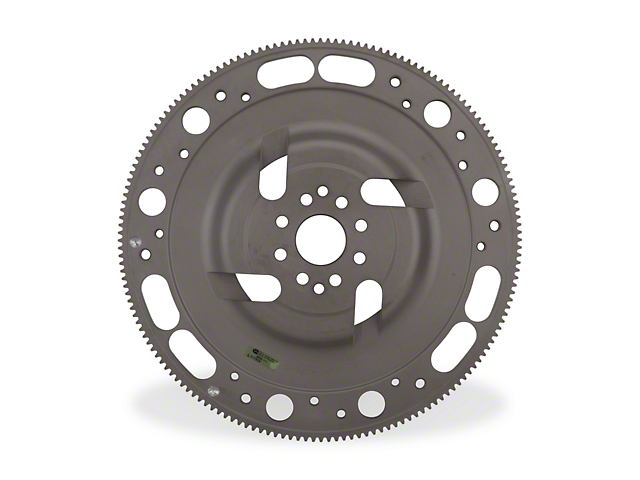 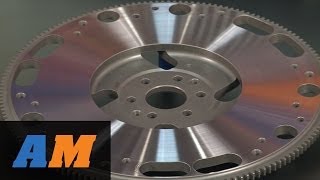 This is the Exedy lightweight racing flywheel for the 2015 and newer GT Mustang. You're gonna wanna check out this flywheel if you're looking for a new flywheel to pair with an Exedy racing clutch. Exedy flywheels are designed to be paired with Exedy clutches, and normally, when you're shopping for a new clutch, especially a higher performing clutch or one that's made to handle a higher horsepower setup, you really wanna pick up a new flywheel instead of resurfacing your stock one. Now, the install for a flywheel is gonna be a difficult one. Normally, you're installing a new clutch at the same time as the flywheel. You can expect a full day of work in the garage and a three-out-of-three wrenches on the difficulty meter. When you're shopping for a flywheel, you have a few different options when it comes to materials, usually billet steel or billet aluminum. Sometimes, you see lightened aluminum or lightened steel. You wanna make sure that you pay attention to the material of the flywheel because it's gonna make a considerable difference in the drivability of the car, and the life of both the clutch and the flywheel. The choice between steel and aluminum really all depends on what you plan on doing with your car and your preferences. This flywheel is made from billet chromoly steel, and it's lighter than the factory flywheel, about four or five pounds lighter, so it's gonna help with inertia and give you a little bit of a different drive than the factory flywheel can. This is stronger than the factory flywheel, too, which you will need if you're upgrading your clutch for horsepower and torque reasons. It's also SFI certified for those guys out there that are looking for that certification. If you guys have ever seen a flywheel before, you can see that this one looks a little bit different than most. Usually, they're more solid than the Exedy one is, so one drawback for the steel flywheel can be that it has limited heat dissipation. This flywheel is designed like this to give extra ventilation and allow for better heat dissipation. The openings here are larger than what you normally see. Normally, you'd see a few smaller holes, but the Exedy racing flywheel has these larger oval-shaped holes. Exedy really made this flywheel to be versatile. It's lighter than the factory flywheel, so you can get the benefits of a lighter flywheel and the easier revving and RPM increase. You also have the stronger materials, so it'd be safer with increased horsepower, especially in those higher RPM's. And you have the ventilation, more ventilation than what you'd normally see with a steel flywheel, for those of you out there that are looking for racing performance and needing the heat dissipation. When it comes to price, you can expect to pay just over $350. This is pretty standard for a steel flywheel. If you're looking for an aluminum flywheel, you can expect to pay a bit more. The steel flywheels are a bit more affordable, but like I said earlier, it really all depends on what you plan on doing with your car and what you're personally looking for. As far as the install goes, this is gonna be a difficult one. It's gonna be a day in the garage, and it's gonna be a three-out-of-three wrenches on the difficulty meter. It's a lot of work, so you need some experience to get this job done yourself, and a lift is gonna be your best friend. If you don't have these things, it might be best to take the car to a shop for the install. You've gotta drop your trans, which means you'll need to unbolt your exhaust and drop it from mid-pipe back, and your drive shaft, as well. You'll have to drop your starter and unbolt the bell housing to get the MT82 out of the way so you can get to the clutch and the flywheel. Once the stock clutch is out of the way, you'll need to install your new flywheel and clutch. If you're installing the new clutch at the same time, the instructions will tell you how to assemble your clutch. After that, you're looking at needing to bleed the clutch line, which can take a little bit of time, but it isn't difficult. The only other thing that I wanted to mention here is to make sure you follow the break-in period with the clutch if you happen to install a new one with the flywheel. That's gonna wrap things up for the Exedy lightweight racing flywheel for the 2015 and newer GT. As always, you can check it out more online, right here at americanmuscle.com.

Peace of Mind. When upgrading to an Exedy performance race clutch resurfacing your old stock flywheel just won't cut the mustard. A brand new matching flywheel is a much better choice than resurfacing, as the flywheel will dictate how well your race clutch will perform, as well as how long it will last.