The 2011 Dodge Charger remains a practical muscle car to the core. Without a doubt, the Charger is getting long in the tooth, but it remains a sensible choice if you want a muscle car with four doors and five seats. The base Charger has a 3.6-liter V6 motor with 292 horsepower and 260 pound-feet of torque. It also has an eight-speed gearbox sending power to the rear wheels (AWD is optional). Next up the trim ladder is Charger R/T with its 370-horsepower 5.7-liter V8 engine. Both engines have a five-speed automatic gearbox with a manual-shift feature. Rear-wheel drive is standard, while all-wheel-drive is optional in the V8-powered Charger R/T.

Typical performance upgrades for the 2011 Dodge Charger 5.7L are cold air intakes, cat-back exhausts, and mild engine tunes. Those mods can unleash anywhere from 10 to 30 more horsepower and a couple more pounds of torque. But if you’re looking for a reasonably modest power upgrade (40+ horsepower and above), camshafts are the way to go. When talking about camshafts, it’s relatively easy to get blown away by lobe sizes, overlaps, duration, and more, but camshafts come in various stages. Most aftermarket stage 1 camshafts will increase low to mid-range torque by altering the valve lift and duration, while a stage 2 camshaft will increase horsepower from mid to high engine speeds. Primary stage 1 camshafts for the 5.7L Dodge Charger do not require a valve spring upgrade, while a stage 2 camshaft could require an engine re-tune and a phaser lock. On the other hand, a stage 3 camshaft is ideal for drag or off-road applications by offering the highest peak horsepower. Stage 2 and 3 Charger camshafts will require a valve spring upgrade, as the stock springs will not be able to handle the lift and ramp rates and therefore may float.

It would help if you placed massive emphasis on improving airflow (both intake and exhaust) when squeezing out maximum potential from your 2011 Dodge Charger V8. Upgrading from the stock headers to an aftermarket short tube or long tube headers will unleash 10 to 20 more horsepower (or probably more) depending on the engine tune. Still, there’s a considerable difference in how the power arrives throughout the rev range. Shorty headers enable the engine to pump out more power and torque at lower engine speeds. In contrast, long tube headers deliver most of the engine power from mid to high engine speeds. In addition, long tube headers produce the best sound while offering the highest performance gains. However, most long tube headers are not legal in all 50 states and are more quite a bit more complicated to install. If your V8 Charger is a daily driver, short tube headers are an excellent option. Unfortunately, you cannot upgrade the headers in a V6 Charger (since Dodge forged the exhaust outlet into the head), but a cold air intake and cat-back exhaust are a great substitute for V6 powered Chargers that want better muscle car sound and performance.

The 2011 Dodge Charger is not known for dancing gracefully around the curves. But with a few aftermarket suspension and chassis mods, you can significantly improve the handling and stability of your muscle car. Installing strut tower braces is an excellent place to start, and it’s an easy and affordable way to reduce body flex by reinforcing critical chassis points. Constructed from tubular steel, a strut tower brace sits above the engine and connects the shock towers together horizontally across the car. Like the swaybars underneath the car, the strut tower brace works to keep the car flat and level through turns by providing resistance against body flex and body roll.

Request your Free Charger Catalog in under a minute 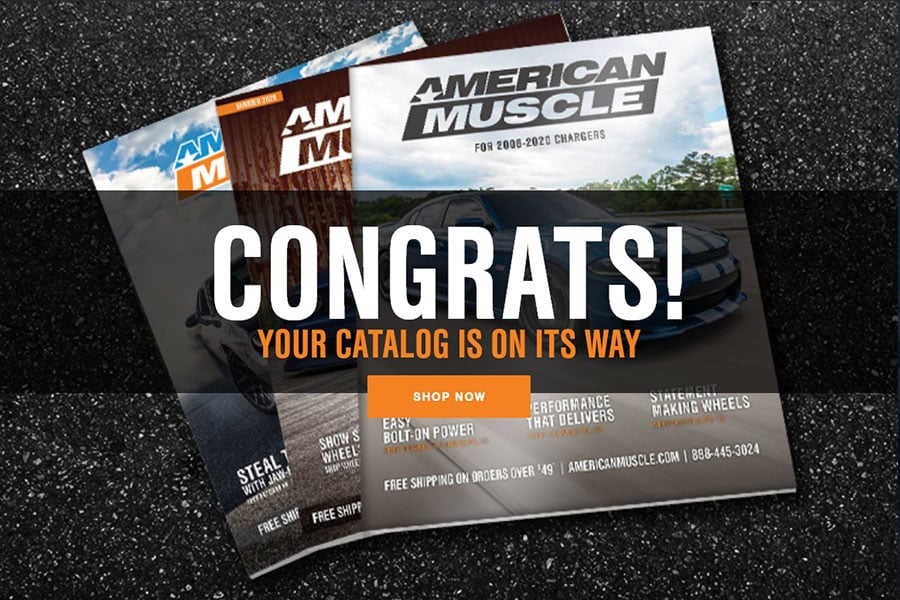